Nissan continues its quest to optimize product development and deliver highly innovative technology. Today, in various countries and regions around the world, we enjoy a stellar reputation for creating truly innovative vehicles and service programs.

Among the targets, Nissan is aiming to sell 1 million electrified vehicles – either pure electric models or those with e-POWER powertrains – annually by fiscal year 2022.

As part of its strategy for autonomous driving systems, plans to deploy ProPILOT technology in 20 models in 20 markets by 2022. The company expects to sell 1 million ProPILOT-equipped vehicles a year by 2022.

An objective to offer connectivity for 100% of new Nissan, INFINITI and Datsun cars sold in key markets, enabled by the launch of the Alliance Connected Cloud. 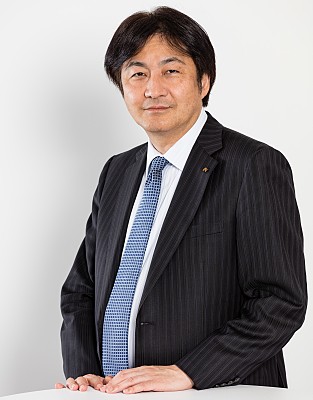 Yamaguchi joined Nissan Motor Co., Ltd. (NML) in April 1984. In 2000, he moved to the US and worked at the Nissan Technical Center North America (NTCNA), the research and development function responsible for US operations. Just four years later, Yamaguchi became the President of NTCNA. In 2008, Yamaguchi returned to Japan where he was appointed Corporate Vice President of NML and was responsible for several engineering divisions including R&D engineering management, vehicle test technology development, and Nissan passenger vehicle product development. In April 2011, he was appointed Corporate Vice President in charge of Infiniti product development before moving to the Renault-Nissan Alliance in 2012 to provide leadership for the common platform and components.

Yamaguchi graduated from Kyoto University in 1984 with a Master's degree in Mechanical Engineering.