General Motors is building on more than two decades of connectivity leadership to capitalize on the future of personal mobility by owning the customer relationship beyond the vehicle.

The convergence of rapidly improving technology and changing consumer preferences is providing GM an opportunity to drive towards a future with Zero Crashes, Zero Emissions and Zero Congestion, and disrupt the industry in four areas: autonomous, connected, electrified and shared vehicles.

GM is leading when it comes to connecting customers’ vehicles, providing Connected Services, which includes OnStar, to 20 million members in the U.S., Canada, China, Mexico, Europe and South America. For more than two decades, OnStar has responded to more than 1.5 billion driver requests – nearly 200,000 calls a day – that range from asking for directions to calling for help after a crash or during natural disasters.

GM’s autonomous vehicle development efforts leverage our deep hardware and software integration, which we believe is a competitive advantage. In 2018, GM partnered with SoftBank and Honda to expand our AV leadership through investments and future development deals that value our autonomous unit, Cruise, at $14.6 billion

GM is committed to an all-electric future, because it was the first automaker to mass-produce an affordable, fully electric car – the ground-breaking Chevrolet Bolt EV – with an EPA-estimated 238 miles of range per charge. Customers love their Bolt EVs, not just because of the fuel savings, but because they’re very fun to drive.

GM took another important step with our recent announcement that Cadillac will lead the company into this all-electric future. Cadillac’s first fully electric vehicle will be the first model derived from GM’s future EV platform. The company is confident that our next-generation EVs will be desirable, attainable and profitable, with the range our customers want.

GM is also reinvigorating fuel cell propulsion. In January 2017, GM and Honda announced a joint venture to mass produce fuel cell systems for use by each company around 2020. GM is pursuing a “land, sea, air” strategy for fuel cells that includes demonstration projects with the U.S. Army and U.S. Navy.

Weight reduction in all vehicles is another focus area since lighter vehicles are better able to meet increasingly stringent global CO2 standards and better efficiency and enhanced performance. The company is using an array of materials, including various grades of steel, aluminum and composites, to help make vehicles stronger, safer and more fuel efficient.

The redesigned 2018 Equinox, for example, shed nearly 400 pounds —approximately 10 percent of its mass – compared with the outgoing model.  Using a mixed-material strategy for strength and low weight, more than 80 percent of the Equinox’s body structure is composed of high-grade steel materials, with high-strength steel comprising nearly 20 percent. The mixed-material design is used on all recently introduced Chevrolet cars and crossovers.

GM’s R&D team invented an industry-first welding technology to allow the use of more lightweight metal on future vehicles. This resistance spot-welding process enables the welding of aluminum to steel, which helps make vehicles lighter and more structurally robust.

The company expects to grow its business over the next five years through key initiatives, including maintaining a strong market position in China with more SUV and luxury segments and electric vehicle offerings; expanding Cadillac’s vehicle portfolio into growing luxury segments; continuing the growth of GM Financial through the global expansion of services, and expanding aftersales and OnStar revenue opportunities globally.

GM and its partners sell vehicles in 14 countries and are increasingly leveraging global architectures to offer more nameplates under Chevrolet, Cadillac, Buick and GMC, as well as Baojun, Holden, Jiefang and Wuling. 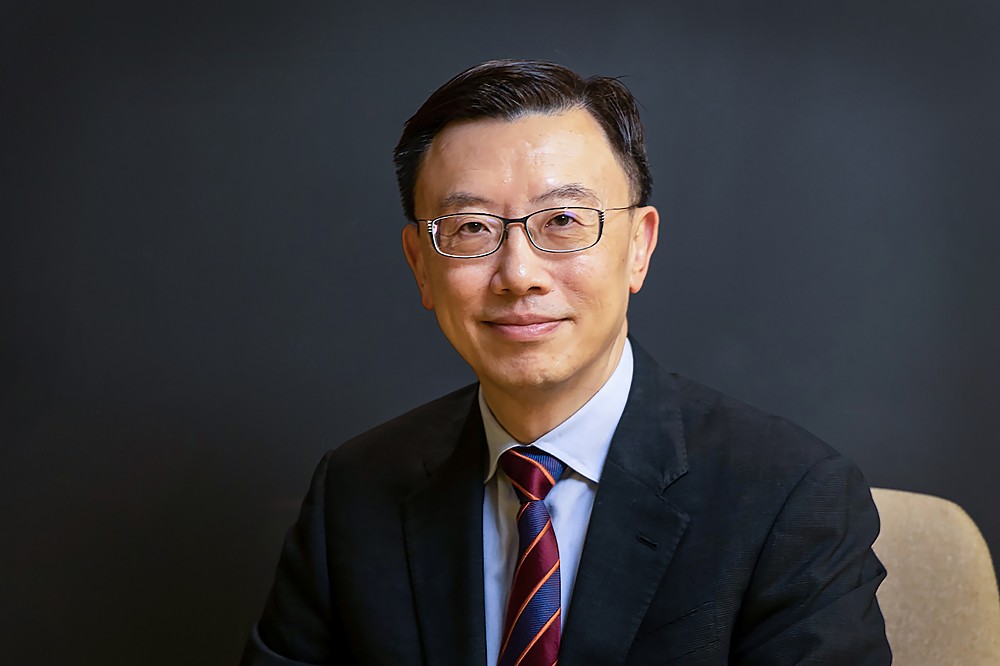 Tsien led GM’s operations in China since January 1, 2014. During his time in China, GM achieved unprecedented growth of business and brought in the technologies that would enable the company’s long-term growth in China, especially in electrification and connectivity.

Tsien began his professional career at Delco Electronics in 1976 as an electrical engineer, where he designed and released embedded software for automotive applications and led advanced work in navigation and telematics.

Between 1995 and 2000, Tsien worked in China, Australia and Germany in various technical, program management and planning assignments. In China, he was chief technology officer and director of Business Planning. He supported GM’s negotiations with SAIC for its early joint ventures, crafted GM China’s initial five-year business plan, and helped forge cooperation between GM and the government, industry and academic communities.

Tsien became executive vice president of SAIC-GM-Wuling, GM China’s manufacturing joint venture with SAIC and Guangxi Automobile Group (the former Wuling Motors), in 2009. He was a member of the joint venture’s Executive Committee and managed the company’s Purchasing and Supply Chain Management organization in addition to Information Technology and its Technical Development Center.

From 2012 to 2013, Tsien served as vice president of Planning and Program Management for GM China and GM International, and Strategic Alliances for China. He was GM’s leading planning voice across the region and helped oversee the growth of its product lineup.

In September 2017, Tsien received the Magnolia Gold Award from the Shanghai Municipal Government for his contributions to the economic and social development of Shanghai.