Dr Jun Li, a graduate of Jilin University of Technology in 1989, majoring in internal combustion engine, with degree of doctor of engineering, is a Professor at Tsinghua University. He was previously Chief Engineer of China FAW Group Corporation Limited.

Dr Jun Li is also a part-time professor of many well-known domestic universities such as Jilin University, Shanghai Jiaotong University, and also a PHD Supervisor authorized by Ministry of Education, a tutor of FAW post-doctoral station. He was also an honorary professor of University of Nottingham in UK.

He is now holding many titles of domestic automobile industry. Dr Jun Li is an expert-group member of the Energy Conservation and New Energy Vehicle Program of the National 863 (High-Tech) Program under the Ministry of Science and Technology, etc. In December 2017 He is elected President of SAE-China, he is a member of evaluation committee of National Science and Technology Awards, etc. In 2009, Doctor Jun Li was elected president of the International Federation of Automotive Engineering Societies (FISITA) for the term from 2012 through 2014. Dr.Li is also an academician of Chinese Academy of Engineering since 2013.

Doctor Jun Li has been working on the front line of automotive powertrain design and innovation for 30 years with abundant achievements. He has been in charge of 21 key scientific research projects and new product developments for FAW Group, Jilin Province, the Ministry of Machine as well as the National 863 (High-Tech) Program, and has profound accomplishments in automotive engine design and development, and he and his team have developed dozens of engines and electrically-controlled systems, which filled the blanks in China. He was awarded many honorable awards, including the first and the second prize once respectively of the National Science and Technology Progress Award, the first prize of Science and Technology Progress of the Chinese automotive industry (once), the first prize of Science and Technology Progress of Jilin Province (twice); he published and guided over 98 master’s thesis, two professional literatures and has nineteen patents. 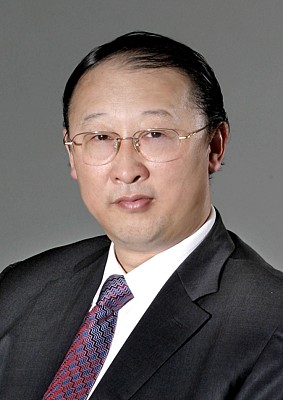